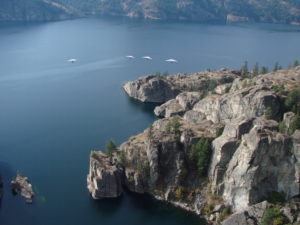 “Aerotrekking” is loosely defined as an aircraft-dependent expedition. In our case, Trikes are small, susceptible to weather & despite a fuel range of over 300 miles on a tank of gas we’re limited compared to what many larger aircraft might just call a cross country flight. But, we are also portable by trailer & not everyone wants to “fly” to a destination only to cruise so high & fast over it; they miss everything that makes it an adventure. Many people like to trailer their Trike to a destination & fly around while there – then trailer it home. So, depending on your skills aside from aviation and the capability of your aircraft, Aerotrekking could be a day, a week, a month or longer. But remember this, flying is the easy part. 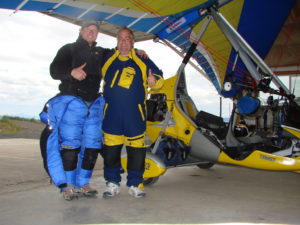 I rarely fly larger aircraft than Trikes. I certainly don’t mind driving & flying commercial is mindless in this day & age – and I like beer… With respect to flying open cockpit low & slow however, I absolutely love the temperature changes in the valleys and smell the crops. Wheat & barley remind me of growing up in a farming community & my grandparents’ farm. Dairies – not so much. The smell of the ocean usually means I’m a long way from home & I’ve likely hit an altitude where I’ll find smooth, laminar winds. The smell of dirt or asphalt means I’m about to ride one hell of a thermal. I suppose any avid motorcycle rider will identify with the sensory side of things – but there are very few drunks in the sky, bat shit crazy deer – nor 16 year old girls texting while driving. So, these elements affecting small aircraft change the game, strategy & adventure while flying low & slow – the way only a Trike can. 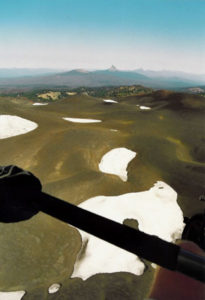 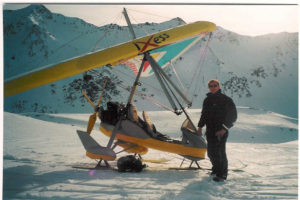 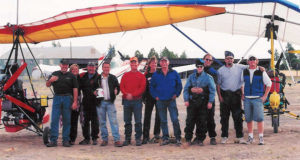 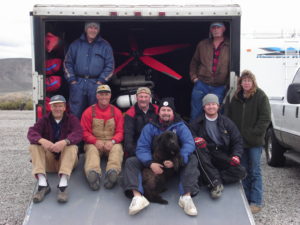 I did a lot of long range bicycling when I was younger. Nothing noteworthy, but pedaled the entire Oregon Coast once and then the San Juan Islands the following summer. These trips in an automobile are 1-day trips, predictable views – and weather isn’t even a consideration. On a bike however, or better yet while hiking, it’s a solid adventure in these areas. You have no idea what’s around the next corner or what the weather will really be. In the last 20 years, I’ve flown all over the world in Trikes including landing on glaciers in the French Alps, skimming the Ice Age Flood Routes in the Pacific Northwest on Floats, and explored flooded sand dunes in El Mirage on 30″ Tundra Tires. Despite the fact that we now build the largest Trike in the world, I can honestly say that the smaller the machine – the better the adventure. I once owned a Part 103 Single Seat Ultralight Trike with a max speed of 24mph but I flew it hundreds of miles – 10 feet off the ground. They were the best adventures I can remember. I landed on sand bars, fished, camped, found ruins, caves & explored geology & history that few explorers & scientists will ever discover. In bad weather or hiding out from mid-day thermals, I would dip my up-wind wingtip to the ground & string a O.R. hammock from the crossbar junction to the engine mount & read Jon Krakauer books until the golden hours for velvet smooth flying at the nape of the Earth returned. Low & slow is the name of the game. Depending on who you are & where you fly, you truly don’t have to go far to enjoy challenges & perspectives few ever imagine.

Today, we guide Aerotrekking trips more than we take our own. There’s something special about sharing even the simplest of airborne trips with people & refining our skills & aircraft after every trip. After all, what’s an adventure if you can’t share it at some point with others?